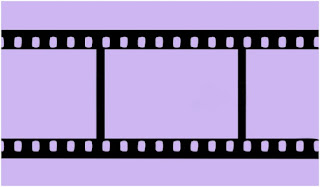 We are carrying out a review of what media is out there, with the aim of highlighting good examples that people may have missed. Primarily this is looking at TV and Film, however we will also provide links to written fiction, music and web content where we come across it.

Also to be discussed is the reasons why there is such a shortage of representation and why it is so difficult to find the bisexual characters that are out there.

There is often controversy over films being labelled as Bi-films; Is it Bi enough? If they end up in a same sex relationship, doesn’t that make it a gay film? Is queer-coding enough? But no-one used the word Bisexual!

The lists below will include many films that some would discount, however, they are included to be discussed further as the project continues.

Below is the start of a list of existing resources related to Bisexual Media.
I have set up IMDB lists for Bisexual Films, Bisexual TV and Bisexual Directors building on a number of resources that are already out there. As and when I watch (or re-watch) the films listed I intend to provide mini-reviews from a bi-rep standpoint.
Bi.org: The Unicorn Scale – a weekly review of Bisexuality in Films or Television series. Listing what is good/bad representation. Films/series are rated from 1 to 4 unicorns.
BFI: 10 Great Bisexual Films – Their selection that “brings together some of the most interesting films in which characters enjoy sex with men and women”
The Feels – An online series of short films by Tim Manley: “Short moments in the life of a bisexual guy with way too many feels”
Shondaland: 3 Things TV Gets Wrong About Bisexuality, and 3 It’s Started Getting Right – An article on how things are improving in US television.
glaad.org – Publications on LGBTQ representation in film US television and media.