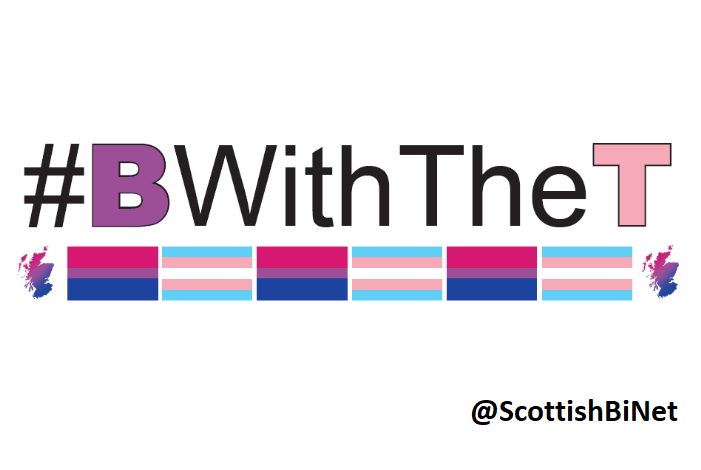 The #BWithTheT hashtag is a quick and simple way to show the trans and non-binary community that we support them.
We’ve had people coming up to us at pride because of our #BWithTheT banner, as it’s easily identifiable in a crowd, a sign of safety to many people.

There is a significant intersection of the trans and bi+ communities, with a large proportion of trans or non-binary people using one or more of the bi+ labels.
According to a report by MAP, more than 40% of trans people identify as bi+. Which is why our work will always be inclusive of trans and non-binary people.
And you can help as an individual by supporting Scottish Trans Alliance’s Equal Recognition campaign, more details here: https://www.scottishtrans.org/equal/

Cis people (of all sexualities) here’s a few tips on being a good trans and non-binary ally:

More details about the #BWithTheT campaign and to add your name to the open letter, visit BWithTheT.org